You are here: Home1 / About Coheris2 / Executive Committee 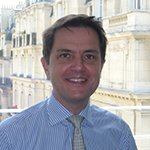 A graduate of Ecole Polytechnique (class of 81), and after a short period of 3 years in consulting, Olivier Dellenbach co-founded and managed his first software company NAT Systèmes in 1987, which he sold to Canadian Cognicase in 1998.

In 1999, Olivier Dellenbach founded eFront, a software publisher specialising in the management of unlisted investment portfolios (Private Equity and Venture Capital), a company he managed until its sale in April 2019 to the American company BlackRock for an amount of over 1.3 billion dollars.

In 20 years, eFront will become the world leader in its sector, with more than 850 employees, 800 customers, a presence in more than 30 countries through 20 offices and a worldwide revenue of more than 130 million euros.

Since May 2019, Olivier Dellenbach has been managing minority or majority investments in various high-tech companies through his family holding company, ChapsHolding.

Since June 17, 2019, Olivier Dellenbach has been a director of Coheris. 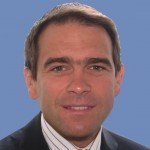 Holder of a DESCF and MSTCF degree from the University of Dijon, Jean-François Ménager began his career in 1997 in the Finance Department of the Boisset Group. In 2002, he joined the Réponse Group (a company listed until 2008 on the Eurolist Paris compartment C) to take charge of the Group’s accounting and management control department.

Jean-François joined the Coheris Group in 2009 as Administrative and Financial Director. He is currently Deputy Managing Director – Finance, HR and Support Functions. 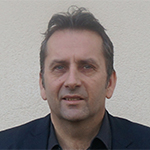 Alain Dalmau holds an MBA from Concordia University. He has more than 25 years of experience in creation, development and operations management with American software publishers. Before joining Coheris, he was Head of Southern Europe and Middle East at Trifacta (2017-2020), Vice President of EMEA Sales at RapidMiner (2015-2016), Vice President of EMEA Sales at TIBCO LogLogic and TIBCO Datasynapse (2004 to 2015), he was also Country Manager at Business Vision (2000-2004), NatSystems France and NatSystems Italy (1995-2004). 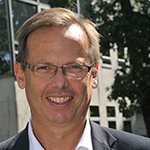 Holder of a degree in Management – Finance – IS Sales, Bernard started his career as a Financial Manager (2 years), then acquired more than 20 years of experience in the development and sale of business IT solutions to optimize mainly sales and management. First as a Sales Engineer for 4 years, then as the founding director of FDV Concept from 1994 to 2008, specialized in the publishing of business solutions for Sales Forces, Merchandising and Business Intelligence. Designer and publisher of the leading EASY range: SALES – MERCH – DECISION – TRADE. Range of products dedicated to Sales and Marketing departments.

Bernard joined the Chapsvision project in 2020 where he took over the management of the Nomad Merch activity at Coheris. 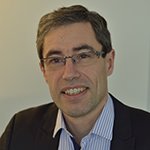 Bruno Chotin holds a Master’s degree in Computer Science from the Conservatoire National des Arts et Métiers. He began his career at Crédit Agricole where he was in charge of integrating banking card management software for 5 years.
He then joined Bally France and Vivarte, where he implemented business intelligence information systems, thus benefiting from a strong expertise in analytics.

Bruno Chotin joined Coheris in 2002 to take over the customer management of the Business Intelligence division, then the technical and functional expertise of CRM and analytical offers. Since January 2017, he has led Coheris’ product innovation strategy and dynamic alliances and indirect sales. Since January 2020, he has been Chief Product Officer of the Coheris CRM Suite and analytical offers. 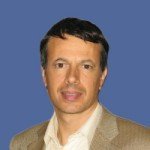 A graduate of ESME SUDRIA engineering school, Christophe Debarre has more than 26 years of experience in the world of software and IT publishing, which has given him a perfect knowledge of technologies, development processes and quality. He previously held the positions of Head of Front Office at Allianz and Head of Europe of R&D at Dresdner Kleinword Benson.

Before joining Coheris, he headed the development teams for nearly 10 years at a major software publisher in the financial world, Thomson Reuters/Misys. In July 2014, he joined Coheris as Chief Technology Officer to take charge of the Research & Development department.

A graduate of Ecole Polytechnique (class of 2006) and Télécom Paris, Eric Bourry began his career as a developer and architect at eFront, a software publisher specializing in the management of unlisted investment portfolios. In less than 10 years, Eric Bourry quickly rose through the ranks to take responsibility for all the engineers – developers, testers, technical writers, graphic designers – working on the company’s flagship products. He played an active role in the success of the sale to the American company BlackRock for more than 1.3 billion dollars. Within this new group, Eric Bourry was assigned to lead the technical integration of eFront products with Aladdin, the platform developed by BlackRock, to create the first financial asset management solution covering both listed and unlisted investments.

At the beginning of 2020, Eric Bourry joined ChapsVision as Chief Architect Officer, in order to manage the development of new products and to ensure that the entire group, including Coheris, benefits from his technical expertise. 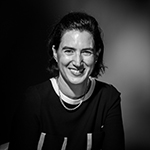 A graduate of the Ecole Supérieure de Commerce d’Amiens, Stéphanie Levoye has a rich marketing experience in software industry for small and medium businesses and large accounts.She began her career in 1996 as a Sales Engineer at Cegi. In 1997, she joined La Solution Douce as Marketing Communication Manager, before becoming Deputy Managing Director – Marketing & Communication Director when the company joined the Smart Online group. In 2006, she joined Cegid as Marketing Director where she worked for different Business Units. In 2018 she became Head of Marketing for the Loop Software startup with a strong Product Marketing Management dimension, and rejoined Cegid in 2019 when the startup was acquired.
Stéphanie joined Chapsvision in 2020 as Marketing Director for the Chapsvision, Coheris and Sparkow entities. 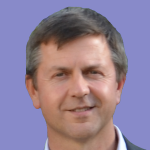 A graduate of ISEN (Institut Supérieur de l’Electronique et du Numérique), Thierry Engrand joined Coheris in 1995 after 4 years of experience in IT services. He held various positions there, headed the Product Consulting team, then Coheris CRM R&D, then the Group.

He is now in charge of the Customer Department where he is in charge of supporting customers in the framing and deployment phases of the solutions but also, beyond that, in terms of training, customer support and throughout the use of the installed solutions.

This site uses cookies. By continuing to browse the site, you are agreeing to our use of cookies and other tracking devices by this site and third parties for the purposes of statistics, content personalization, social network sharing, social platform content, video playback, audience measurement, segmentation and targeted advertising.

We may request that cookies be set on your device. We use cookies to let us know when you visit our websites, how you interact with us, to enhance your user experience, and to personalize your relationship with our website.

Click on the different sections of the category to learn more. You can also change some of your preferences. Please note that blocking certain types of cookies may affect your experience on our websites and the services we are able to offer.

These cookies are strictly necessary to provide you with the services available on our website and to use some of its features.

Since these cookies are strictly necessary to deliver the site, you cannot refuse them without impacting the way our site operates. You can block or delete them by changing your browser settings and force the blocking of all cookies on this site.

These cookies collect information that is used either in aggregate form to help us understand how our site is used, on the effectiveness of our marketing campaigns, or to help us customize our website and application for you to improve your experience.

If you do not want us to track your visit to our site, you can disable tracking in your browser here:

We also use various external services such as Google WebFonts, Google Maps and external video providers. As these providers may collect personal data such as your IP address, we allow you to block them here. Please note that this could greatly reduce the functionality and appearance of our site. The changes will take effect once you reload the page.